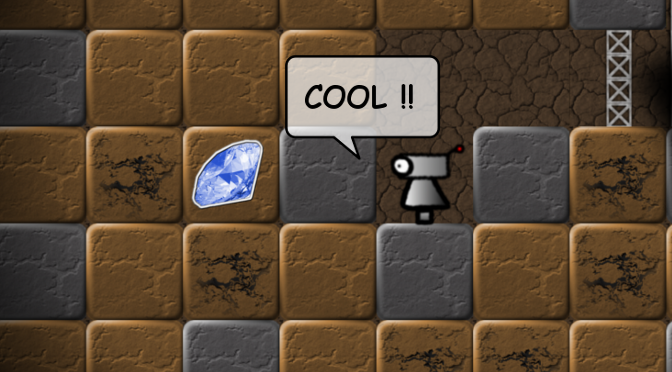 This post i want to talk aout steam greenlight experience. Some years ago I developed Robo Miner, a casual digger/mining game for android devices using libgdx. Back the days (and still) I really like how libgdx handle things, so I sticked to it for nearly every of my following games (except dedicated pc games)

Robo Miner was actually a big success for me and I learned a lot about my players and how they like different aspects of the game. After 1-2 years of having a good userbase on google play and several other stores with Robo Miner I decided to make the jump and port it to PC – I tried to make good use of the extended screen size but keeping the overal casual approach of Robo Miner, so to not change anything gameplay related.

My first intention was to sell it on my own website (unfortunately you cannot have a pc game ad-supported) but soon I found that it was not the best way in technical terms, so I searched for different distribution media – I also considered the humbe store widget which was pretty new back the days.

I ended up making a steam greenlight page. I first thought it would be not appropriate to suggest the game to steam, but by looking on it, there were several games on there with equal or even less polish, so I decided to give it a try and get my dev account there ready. I put Robo Miner up and did not much advertising, because I could not (and also didnt want) to spend any money in it, just to see how it works.

In the end, this was a service for the Robo Miner Fans to be able to play the game on their computers as well.

I soon realized, that just putting a game on greenlight will not bring you anywhere, so Robo Miner ended up dumbling around on the lower ranks in greenlight with very low progress in ranking and being overtaken by dozens of other games.

My plan was to not care that much about it and I also approached Desura – where you can since then buy/play the Robo Miner PC Version. Sales were not so good, but I really didn’t expect that much anyway. Since today (2 years later) there were 50 Copies sold – pretty less.

Yesterday I had a look at greenlight (because the last weeks I approached near the 100% of the Top 100 Mark) and found that Robo Miner was actually on Rank #96!!! I was pretty excited and happy about it.

So, even if you do not do any advertising with a small casual game (even if it had a big userbase) it can take a long time to get greenlit.

I currently aim to re-polish all my main graphics for the steam store, because actually they look kinda awful I really have to admit, that this would be something I should have done earlier, it’s just how you present a product and I failed with that miserably 🙂

gossip and stuff around development